Wednesday Ending Explained: Is the Hyde Planning New Revenge? Will There Be a Season 2?

Wednesday Ending Explained: Is the Hyde Planning New Revenge? Will There Be a Season 2?

Wednesday is a deadpan show depicting the mysteries of Jericho and Nevermore Academy getting unravelled by our protagonist, Wednesday Addams. Consisting of 8 episodes, each running for 60 minutes, the series is based on the characters created by Charles Addams. It is directed by Tim Burton, James Marshall and Gandja Monteiro, starring Jenna Ortega as the main protagonist, Wednesday Addams.

Wednesday Addams finally finds out the real killer in the 7th episode after lots of misjudgments leading her to lose some of her real friends. And also, she somehow makes it up for the times she’s pulled her friends’ legs in unintentionally. Okay, keeping that apart, who would have thought that a first kiss could turn bad? Well, for Wednesday, it did turn into one, not just bad but deadly.

After sharing her first kiss with Tyler while she mistakenly gets Xavier arrested, Wednesday receives a vision where her therapist Dr Kinbott gets brutally murdered by none other than Tyler. She instantly rushes out of the scene and realizes that Laurel Gates is the master and Tyler has awakened Hyde. But who is the real Lauren Gates if not Dr Kinbott?

The Plot Twist: The Goodie Pants Teacher Gets Her True Shades Out

Alas, we find the true criminal who made our good boy Tyler turn malicious – the so-called “normie” teacher, Ms Marilyn Thornhill. Ms Thornill is the real Laurel Gates, who faked her death only to return to Jericho and finish what her ancestors planned. As we all know, the Gates hail from the mayor, Mr Joseph Crackstone’s family, who hated outcasts. While the Gates family tries to kill the outcasts, it, fortunately, ends up in tragedy, for which Laurel now seeks revenge.

But is that fair, though? We get to see that Garrett Gates actually gets killed by the poison made by his father and not really by Morticia Addams. So why is Laurel seeking revenge? Probably she really is following the legacy of Mr Crackstone, who despised Goody Addams, only to get burnt alive and get cursed by Goody.

What Was Laurel Gates’s Plan?

Laurel Gates intended to awaken Joseph Crackstone from his tomb so he could return and kill all the outcasts in the Nevermore Academy. But for that plan to work, Laurel needed Wednesday’s blood. So she turns herself into a teacher, waits for her arrival, invokes a Hyde that is sadly our dear boy Tyler and lures her right into the trap.

Yes, Wednesday does get caught and gets partially killed. But her ancestor Goody helps her out. After regaining strength, she immediately sets out to find Mr Crackstone and finish him once and for all. As she ventures out, she encounters Tyler again but gets saved by Enid Sinclair, who finally invokes her werewolf form. 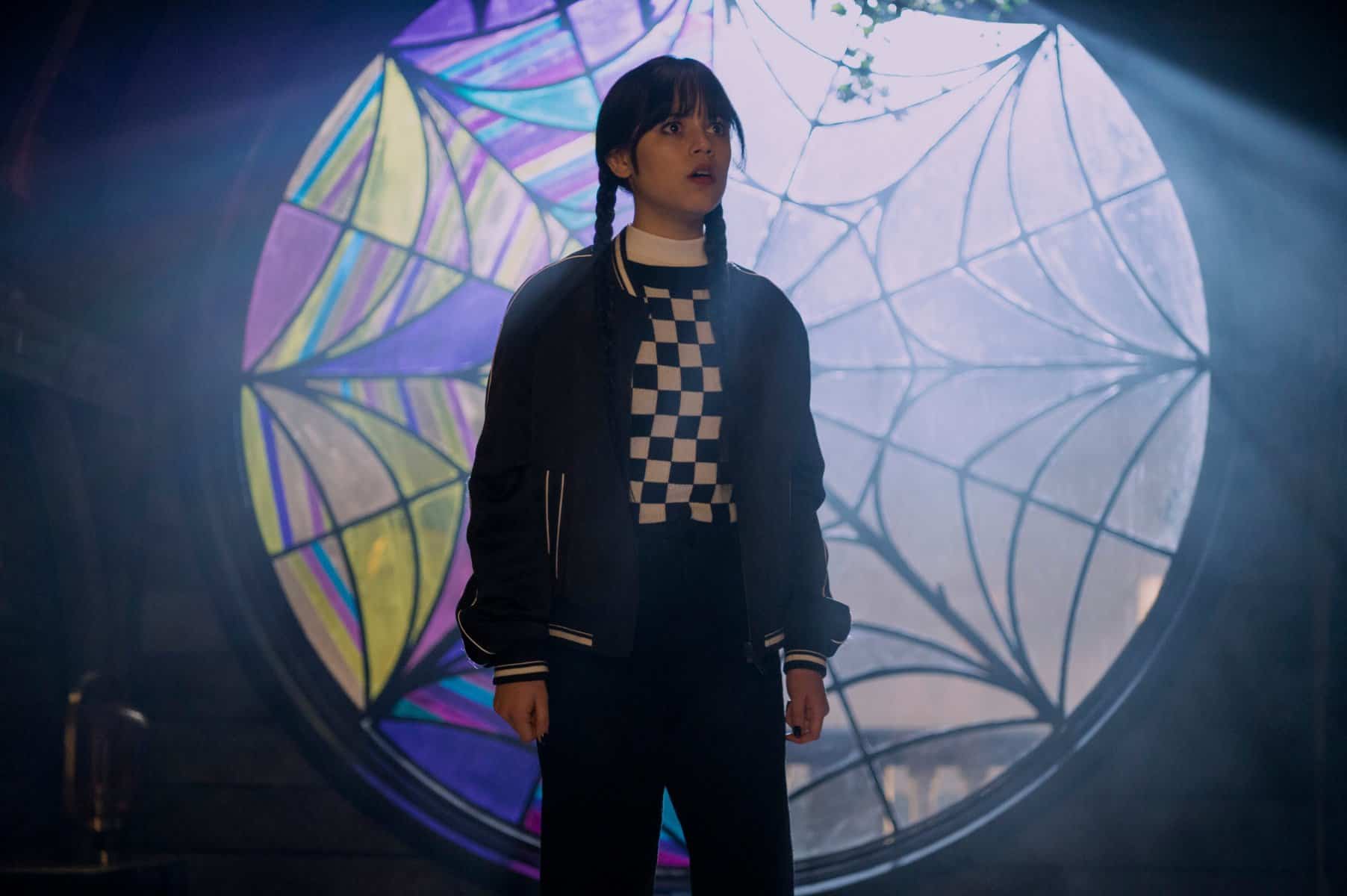 Does Crackstone Accomplish His Mission?

Mr Crackstone happily sets foot into the Nevermore Academy along with Laurel Gates. Following Wednesday’s instruction, the outcasts are all alerted and start escaping. Mr Crackstone, on the other hand, doesn’t waste time and starts to attack the outcasts. But our protagonist arrives right on time to save the day and also gets saved in the process.

As Wednesday tries to kill Mr Crackstone, his enormous powers make her lose focus. This is when Xavier, who gets saved by Thing, comes in to shoot an arrow at Mr Crackstone. It is here that an “aww” moment happens as we see her taking the arrow that gets manipulated by Mr Crackstone to save Xavier.

Also Read: 1899 Ending Explained: Did Maura Get Out of the Simulation? Will there be a Season 2?

Once again, when Wednesday tries to fight and gets almost killed, Bianca comes in and stabs Crackstone. Using this as an opportunity, Wednesday picks up a shard and stabs right in Crackstone’s chest, making him burst into flames. Then, we see Laurel returning with a gun pointed at her, who soon gets swarmed by bees, thanks to Eugene. Finally, we get to see her stomping on Laurel but is Laurel really dead?

Another “aw” moment happens when Enid Sinclair comes to find Wednesday after defeating Tyler. Our hug-hater Wednesday finally hugs Enid, and all the outcasts look at them both and feel relief.

Now now now, is this the end? Are all problems solved? Is this a happily ever after story? 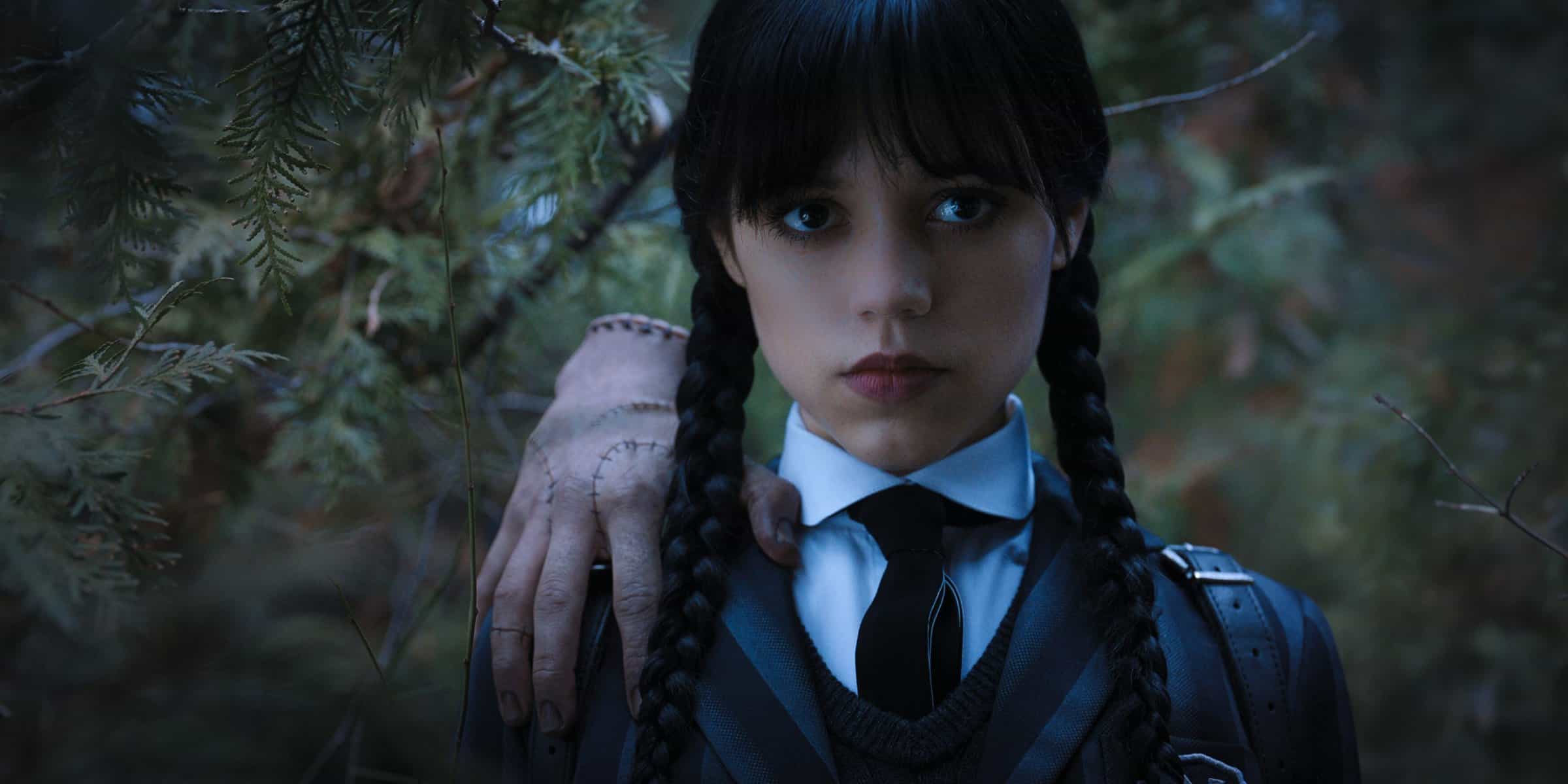 If you’re wondering whether there will be a season 2, the chances are high. Towards the end, we are shown certain hints that scream another season. Xavier, who now is at peace with Wednesday, asks whether she will be back for next semester. So another semester, another season? Then, we are shown Wednesday in her car, caught in her thoughts that say that there are still more mysteries in Jericho that need to be revealed.

Finally, the strong reason why we believe another season is en route is that Tyler is not dead! In the end, we see him tied to a chair in a patrol van, where he regains consciousness and becomes Hyde again. Is Tyler going to seek revenge? Is Laurel still alive, and is she controlling Tyler? Let’s wait and see whether Netflix officially confirms a season 2. Until then, you can enjoy watching season 1 of Wednesday on Netflix.

Also Read: One of Us Is Lying Season 1 Recap: Whodunnit High School Thriller With a Perfect Suspense

Tag: who is the killer in wednesday, who was the killer in w, who was the killer in tenebrae, who is the killer in kaal, who is the killer in suspiria. Girl Wins With Her Super Sass What Was Laurel Gates, The Goodie Pants Teacher Gets Her True Shades Out.
Related News
Wednesday Ending Explained: Is the Hyde Planning New Revenge? Will There Be a Season 2?
Alex Ovechkin scores 790th goal, Capitals beat Flyers in OT
'Brutal' storm system to carry heavy rain, wind into Napa Valley, Bay Area
Doctor Who's Anniversary Special Trailer May Have Answered Two Big Questions About Ncuti Gatwa's Doctor
Winter storm updates • State of the State • Decades-old cold case solved
WEDNESDAY Recap: (S01E04) Woe What a Night
'Yellowstone': Everything We Know About Season 5
The Good Doctor Season 6 Episode 4 Review: Shrapnel
Experienced doctor to fight ban over misconduct offences
Watch~ Yellowstone Season 5 (2022) Full Episodes Online HD On 123Movie
Browns thin at center as they prepare for potential of facing Buccaneers NT Vita Vea
Kanye West assails Jews, abortion in new interview with Lex Fridman
Latest News
Lions 2023 draft: Initial scouting impressions of some Senior Bowl offense prospects
AP Top News at 3:55 p.m. EST
Column: A Republican governor vetoed a harsh anti-trans bill out of 'compassion' — then signed a worse one
Travis and Jason Kelce's Parents on Sons Playing in Super Bowl LVII: "Neither One of Them Lose Very Well"
U.S. Army Advisors Strengthen Partnership in Thailand
Durant defends Claxton after Harrell’s apparent slight: ‘give somebody some credit it ain’t that hard.’
AP Top News at 3:52 p.m. EST
Viewers say Nick Offerman has ‘changed their minds’ about straight actors playing gay characters
Ukraine war a ‘massive wakeup call’ for British Army, say veterans and experts
Justice Dept. Still ‘Working’ on Congressional Request for Trump, Biden Documents After 5 Months
Chip Caray follows grandpa’s footsteps as voice of Cardinals
How to Watch the 2023 GRAMMY Awards: Where to Stream, Hosts, Musical Performers, Nominees and More
For ‘Amtrak Joe’ Biden, Baltimore rail tunnel visit personal – Metro Philadelphia
Shania Twain posed nude to embrace aging: ‘It’s time to start loving yourself in your own skin’
The Last of Us viewers left sobbing over 'gut-wrenching love story' in HBO series