The Winchesters: Richard Speight Jr. will appear on Supernatural prequel as trickster Loki

The Winchesters: Richard Speight Jr. will appear on Supernatural prequel as trickster Loki

Richard Speight Jr. played the trickster Loki, or the angel Gabriel, or the angel Gabriel pretending to be Loki on twelve episodes of Supernatural over the course of that show’s fifteen seasons, and now it has been announced that he has reprised the role of Loki for episode 8 of the prequel series The Winchesters! The Winchesters airs on The CW at 8pm EST on Tuesday nights. It’s currently only three episodes into its debut season, so it will be a few more weeks before Speight shows up. Speight is also on board to direct a few episodes of the show. He previously directed eleven episodes of Supernatural.

TV Insider provided the following quote from showrunner Robbie Thompson: “Richard’s an old friend of mine, so it was a question of when, not if,” offers Thompson, who gives “total credit” to the show’s writers for finding a way to work Loki into the early Winchester lore. “I think it was in New Orleans actually when we were shooting Episode 2, so I wasn’t in the writer’s room, obviously,” he says. “But I was reading their notes and was like, ‘Hey, wait a minute….and then I just got really, really excited because it felt like [they’d come up with] an opportunity for us to welcome a friend that we’ve seen before, but maybe not in a way that folks are, are expected.“

TV Insider also reminds us that Speight’s character is the Norse demigod and the original Trickster, described by The CW as being “as dangerous as he is wily.” Still sporting that “veneer of whimsy to mask his malevolence, Loki thrives on crooked games and sowing chaos — and Hunters are one of his favorite playthings.”

The Winchesters is told from the perspective of narrator Dean Winchester, voiced by Jensen Ackles. The aim with this show is to tell

the epic, untold love story of how John met Mary and how they put it all on the line to not only save their love but the entire world. When John returns home from fighting in Vietnam, a mysterious encounter sparks a new mission to trace his father’s past. In his journey, he crosses paths with 19-year-old demon hunter Mary, who is also searching for answers after the disappearance of her own father. Together, the two join forces with young hunter-in-training Latika and easygoing hunter Carlos to uncover the hidden truths about both their families. Their investigation leads them to a rare book emporium, whose owner Ada takes an interest in the occult and could provide the missing pieces to their puzzle. But secrets run deep for both the Winchesters and Campbells, and despite the best efforts of John’s mother Millie to protect her son from pursuing a dangerous life of demon hunting, John and Mary are both determined to work together to uphold their families’ legacies while beginning to form a family of their own.

The show stars Meg Donnelly (American Housewife) as Mary, who “has been fighting the forces of darkness since she was a child. After losing someone close to her, the hardened hunter considers quitting the family business – until her father’s disappearance and the arrival of newcomer John Winchester forces her to lead a new team”; Drake Rodger (The In Between) as John Winchester, who has “recently returned from Vietnam. The selfless and clearheaded John finds a new mission back home, where traces of his father’s past lead him to a secret organization and a whole new war as a hunter”; Nida Khurshid (Station 19) as Latika Desai, “Fiercely intelligent and braver than she believes, Latika Desai is a young hunter-in-training whose research and problem-solving skills help her face her fears in battling dark forces”; newcomer Jonathan “Jojo” Fleites as Carlos Cervantez. “Easygoing and confident, Carlos is a natural when it comes to fighting demons and a boost of positivity for the team as it takes on more serious threats”; Demetria McKinney (Tyler Perry’s House of Payne) as Ada Monroe, “a studious and sharp bookstore owner who also takes interest in the mysteries of the occult”; Bridget Regan as pirate radio DJ Rockin’ Roxy, who is “hijacking the airwaves of Lawrence, Kansas to broadcast a wicked new sound”; and Bianca Kajlich (Halloween: Resurrection) as Millie, a “hard-working and tough and has done the bulk of parenting in her family for the past 15 years. She has always worried John, a Vietnam veteran, would take after his father and wanted to prevent him from pursuing a dangerous life. She is now coming to grips with the fact that this is exactly what John plans to do.”

The Winchesters comes to us from Warner Bros Television and CBS Studios, who set the October premiere. Glen Winter (Supergirl) directed and executive produced the pilot episode. This show is being executive produced by Supernatural star Jensen Ackles and his wife Danneel through their company Chaos Machine Productions. Thompson and Winter are also executive producing.

Have you been watching The Winchesters, and are you looking forward to seeing Richard Speight Jr. on the show? Share your thoughts on this one by leaving a comment below. 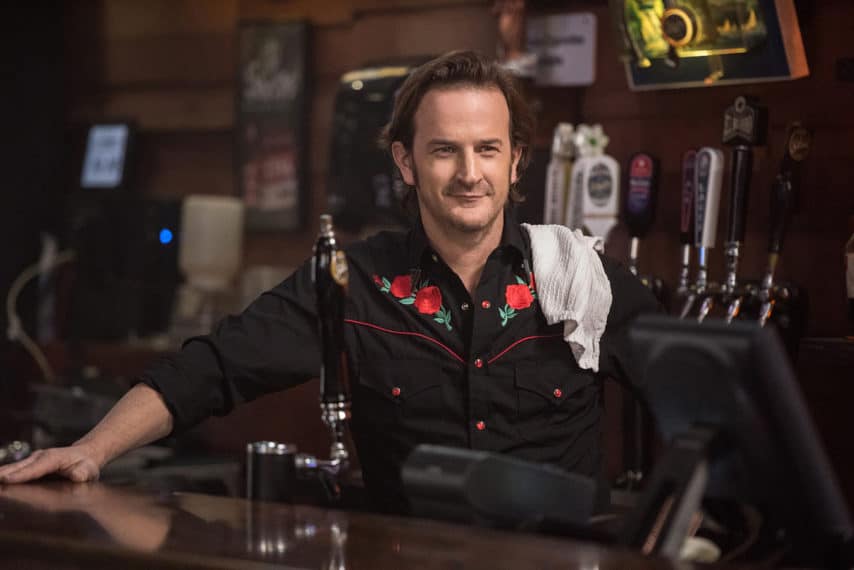