The big bad of the MCU’s Multiverse Saga made his first appearance in the first season of Loki, or at least a variant of his did. The series essentially kicked off the saga; after killing He Who Remains set in motion the release of all the other Kangs that he had been holding at bay through the sacred timeline, they are now free, so we can expect to see a lot more of them in the second season, if rumors are to be believed.

New rumors are being reported as to which variants of Kang will show up in season two of Loki after industry insider Daniel Richtman shared that “there will be multiple Kang variants in Loki season two,” and that “Jonathan Majors recently filmed more scenes as a variant of Kang for Loki. The season will have more time travel.”

Much like the last season, there will be a huge focus on time throughout, and with that said, Richtman revealed on his Patreon that,

“One variant of Kang in ‘Loki’ Season 2 is an inventor in the past wanting to buy stuff from people to affect the future and Loki is trying to stop him.”

According to The Direct, one user questioned if this Kang could possibly be Victor Timely, a version of Kang from the comics, with Richtman responding, “I don’t know [if] it’s him for sure but it is likely him.” 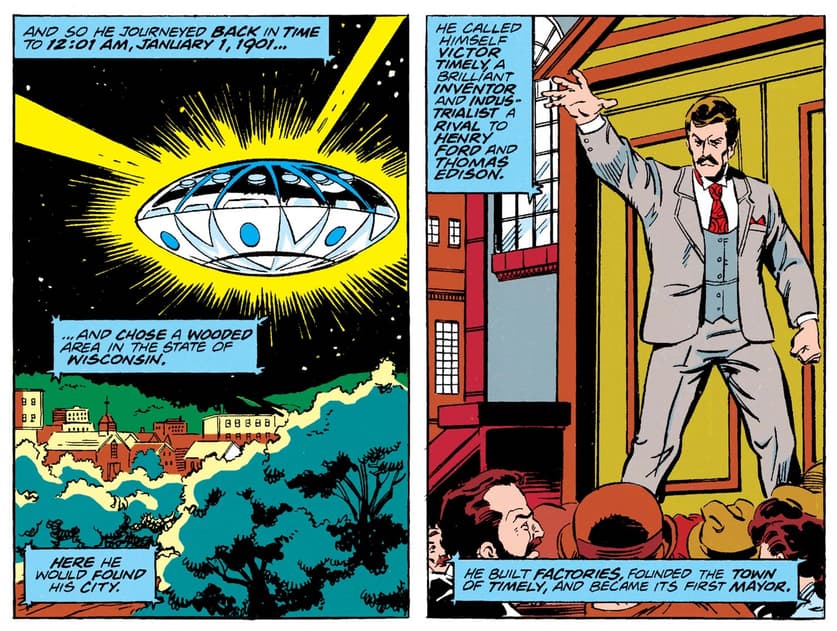 If you don’t follow the comics or aren’t aware, Victor Timely is a variant of Nathaniel Richards, or “Prime Kang” of Earth-6311. This Kang had traveled back in time and holed himself up in Wisconsin in 1901, creating a town called Timely and giving himself the pseudonym Victor Timely. The town served as his base as he set to alter the course of time and was also believed to be the entranceway to his time city of Chronopolis.

This is a place that fans believe has been hinted at in the trailers for the upcoming Ant-Man and the Wasp: Quantumania, which could be a way to further link these two franchises and their stories together. Chronopolis sits outside of time, and acts as a crossroad between past, future, and present.

If this is the case then, and Loki meets this version of Kang, Victor Timely, then what is the inventor looking for that will affect time? We know that we find Loki and Mobius in the 1970s, where Sylvie also appears to be stuck in McDonald’s thanks to photos taken on set. Is it here that Loki and the gang run into him? Or will they travel back to 1901 Wisconsin?

Though it isn’t certain that this will be one of the Kangs we will see, we can be sure he won’t be the same as he is presented in the comics given that the MCU and Jonathan Majors will likely put their own twist on the character on screen. We may get to see what could be in store for us in a post-credits scene in Quantumania leading us right into season two of Loki which will be premiering in the summer of 2023 on Disney Plus.