Was Phase 4 of the MCU truly lacking connections? Or were fans just not looking hard enough? In light of Marvel Studios' first official trailer for Ant-Man the Wasp: Quantumania, it's a question that Marvel critics may want to revisit.

Premiering on February 17, 2023, Ant-Man 3 is more than just a threequel, it's also the first film of Phase 5 of the MCU and where Kang the Conqueror will make his live-action debut.

First teased in Season 1 of Loki, Kang is set to become the Multiverse Saga's version of Thanos; and much like the Mad Titan, the D23 Ant-Man 3 trailer revealed that Kang is on the hunt for something.

Could it be the MCU's new version of the Infinity Stones across Phases 4, 5, and 6?

It's often said that the best hiding place is in plain sight; and given what was revealed in the Quantumania trailer, it looks as if Kang's Multiversal MacGuffins might have been in plain sight all this time.

In the trailer for Ant-Man and the Wasp: Quantumania, Kang's kingdom and his tech are largely comprised of circles and rings that share a similar design to past MCU imagery.

For instance, the Ten Rings from Shang-Chi and the Legend of the Ten Rings bear a strong resemblance to the trailer's Kang-related visuals.

They even radiate the same blue glow and bolts of energy, just like Kang appears to wield in the new footage. 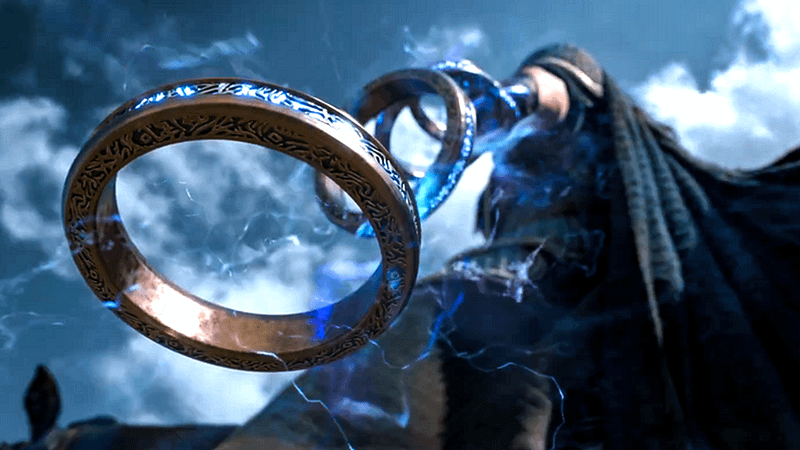 Shang-Chi's post-credits scene offered another perspective of the rings that are equally in line with the trailer's visuals. 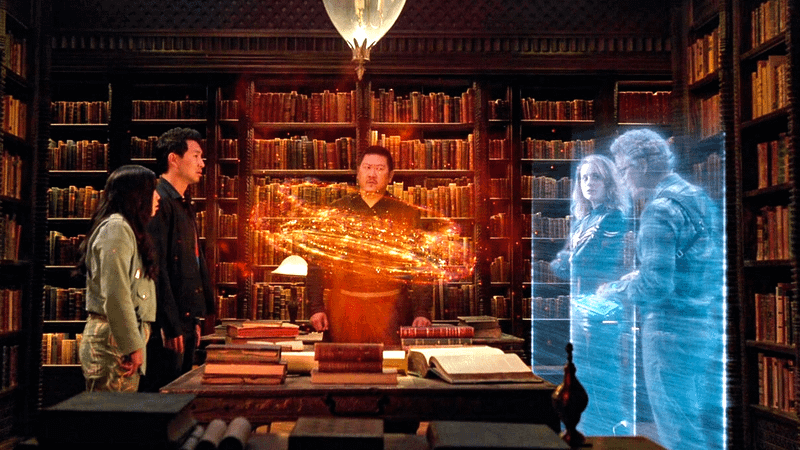 Now, in Loki, time is explained as a circle or a loop that follows a predetermined path; and when He Who Remains explains his Variants, he talks of different circular universes stacked upon one another.

This is why it makes sense that Kang would have tech bearing a circular design, and why the Ten Rings likely belong to him. In fact, the rings in the Quantumania footage could actually be the Ten Rings from the 2021 film.

Now, if the rings do belong to Kang, this makes their description in Shang-Chi all the more interesting.

Shang-Chi also describes them as having the power to open the Dark Gate, releasing evil from one realm or dimension into another.

Perhaps Kang sent the Ten Rings tech out into the Multiverse as a way to allow him to locate and access Earth-616 when the time was right?

Finally, it's also worth noting that Shang-Chi and Kang have another connection as the Ten Rings director Destin Daniel Cretton is confirmed to helm Avengers: The Kang Dynasty.

Another item from Phase 4 bearing a resemblance to the ring designs that Kang is surrounded with is the bangle from Ms. Marvel. 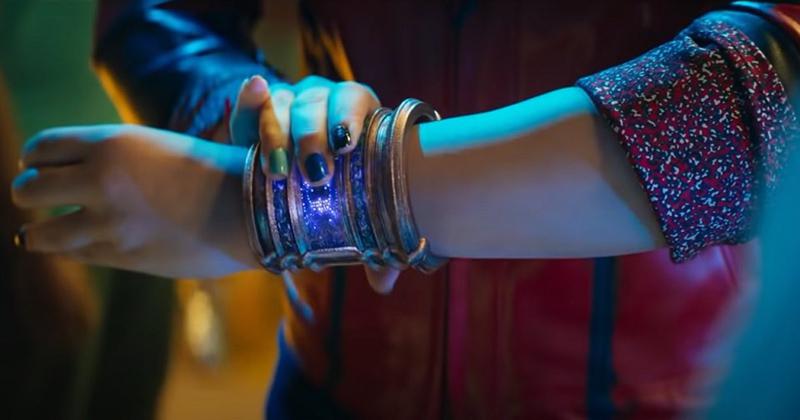 From what was revealed in the Disney+ series, the Clandestines were a group of individuals from the Noor Dimension who found the bangle in a temple bearing the Ten Rings symbol.

While they are two bangles, Kamala Khan's great-grandmother only found one which can expand, glow with blue-hued, cosmic energy, and allow the wearer to see and access the past and other dimensions. 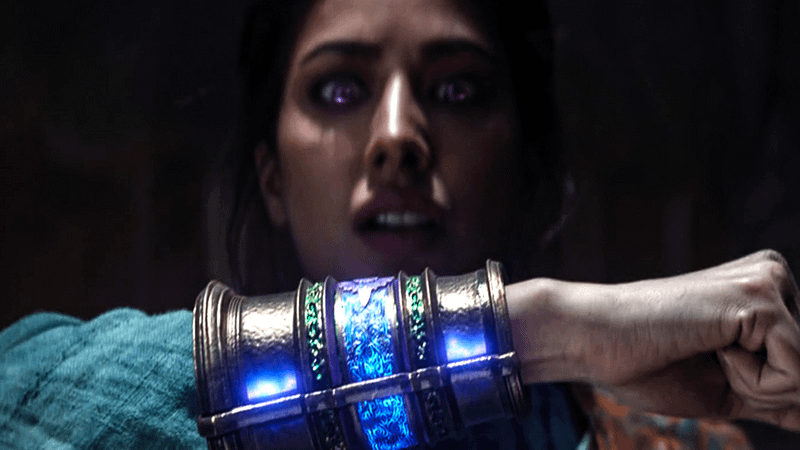 In Ms. Marvel, Kamala Khan discovers that she was the cause of what happened to her grandmother.

While this strange take on time-traveling confused audiences, Loki writer and Ms. Marvel creator Bisha K. Ali described the event as "a closed loop" and that it "fits into the logic of what was established in the TVA."

History. Time-travel. Closed loops. It all sounds like Kang and this particular accessory.

In addition to the bangle being found in a site bearing the Ten Rings symbol, the two accessories are similar in that they both give the wearer the ability to access different dimensions and realms.

If so, perhaps this was yet another item Kang sent to Earth in order to use later on.

There's also speculation that Ms. Marvel's bangle may be the MCU's version of Quantum Bands which draw energy from the Quantum Realm.

While that would further line up with the bangle's connection to Kang, fans still don't where Ms. Marvel's Noor Dimension is located. Until then, that theory is still up for debate but may be confirmed in Quantumania.

How Phase 4 of the MCU Connects to Kang the Conqueror 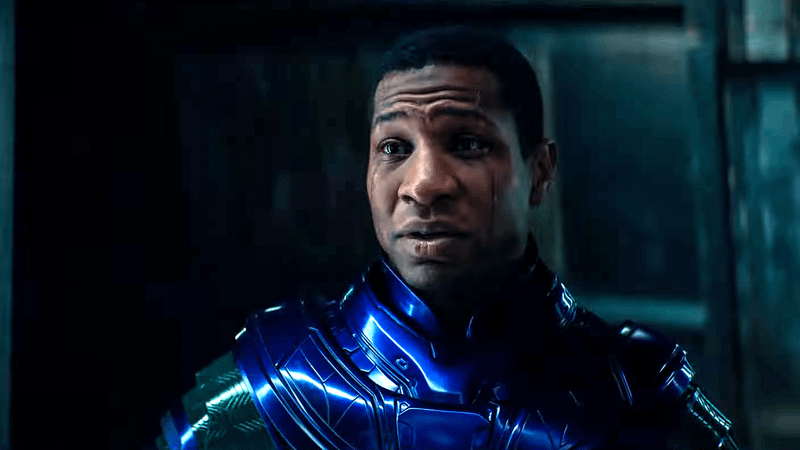 It's hard to deny the parallels between Shang-Chi's Ten Rings and Ms. Marvel's bangle to Kang's affinity for circular tech in the Quantumania trailer.

And, if these golden accessories do belong to the time-traveling tyrant, it seems as if they are intended to serve as Multiverse Saga's Infinity Stones, connecting the MCU's various heroes to one another as well as the saga's overarching plot.

The question, of course, is what will happen to those heroes if they're what Kang needs for his Multiversal takeover.

Other Phase 4 MCU films with possible ties to Kang are Eternals and Doctor Strange in the Multiverse of Madness.

While Eternals mirrors Kang's love of loops due to its reliance on looping, concentric circles and technology, Wong did tell Shang-Chi that Kamar-Taj became aware of him using the rings.

And, besides, it's unlikely that Marvel will tell a story about a time-traveling villain without involving Strange.

Overall, the Ant-Man 3 trailer suggests that the MCU is far more connected than audiences initially realized, and in 2023, it's all about to come together.

Ant-Man and the Wasp: Quantumania arrives in theaters on February 17, 2023.