When Savva Serdiuk shows up for early-morning hockey practice in Kyiv, the 18-year-old Ukrainian goaltender is never sure if the arena will have power or water.

Often, he can’t get on the ice at all. Sometimes he settles for an off-ice workout inside a cold darkened rink in the Ukrainian capital. There’s an international competition on his horizon, and he’s doing all he can to prepare. He’s used to the air-raid sirens and dangers of a Russian war against his country, which began more than 10 months ago: Some 40 per cent of the country’s arenas have been damaged or destroyed. He’s among those who insist hockey must not stop.

He and his teammates will find respite in Canada over the next few weeks as four Canadian men’s university hockey teams will play Ukraine’s under-25 national team in exhibition games. This will help the Ukrainians train outside their war-torn country in preparation for the winter FISU World University Games, scheduled for next month in Lake Placid, N.Y.

The Universities of Alberta, Saskatchewan, Manitoba and Calgary will each play host to games against the Ukrainians, with proceeds from ticket sales going toward humanitarian and hockey causes in Ukraine and Ukrainian grassroots organizations in Canada. During the whirlwind tour, Team Ukraine will also see NHL games and share meals with Canadian-Ukrainian community groups and U Sports players, some of whom have Ukrainian heritage. 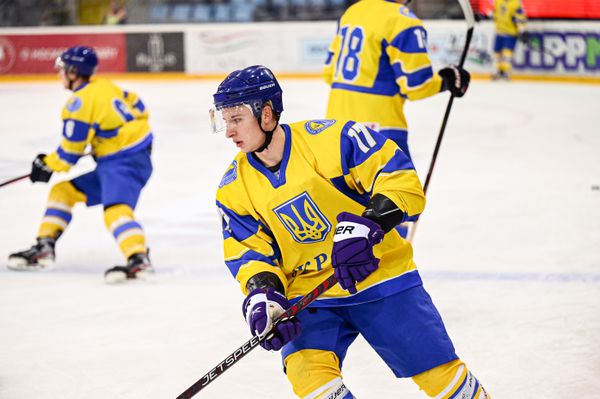 The idea of hosting the Ukrainian players for a friendly tour in Canada developed quickly, with sponsors such as Tim Hortons and Sobeys wanting to contribute.Ice Hockey Federation of Ukraine

“We just want to say that Ukrainian players are still playing hockey, and it’s not gone from Ukraine,” said Serdiuk, who scrambled to find a place in Kyiv with electricity to join a video interview days before the team was to fly to Saskatoon. “The war just makes us stronger. I want to practise more, to prove to people that Ukraine is a strong nation.”

The tour came to life after TSN hockey broadcaster Gord Miller talked with delegates from the Ice Hockey Federation of Ukraine. The Ukrainians had qualified for the World University Games, and while hockey was developing nicely there a year ago, the war changed everything, crippling the team’s ability to train or travel.

Miller mentioned it to his contacts in the NHL and U Sports, and they wanted to help. They tapped their colleagues, too, and the idea of hosting the Ukrainian players for a friendly tour in Canada developed quickly. Miller called sponsors and many, such as Tim Hortons, Sobeys, Bell, Sporting Life and Ticketmaster, wanted to contribute.

“My e-mail box has been exploding every day with people asking how they can help. The sense of community is really something,” Miller said by phone from Nova Scotia, while juggling this project with his work at the world junior tournament. “They are suffering so terribly in Ukraine, but it’s important to them that they don’t disappear from the world stage.” 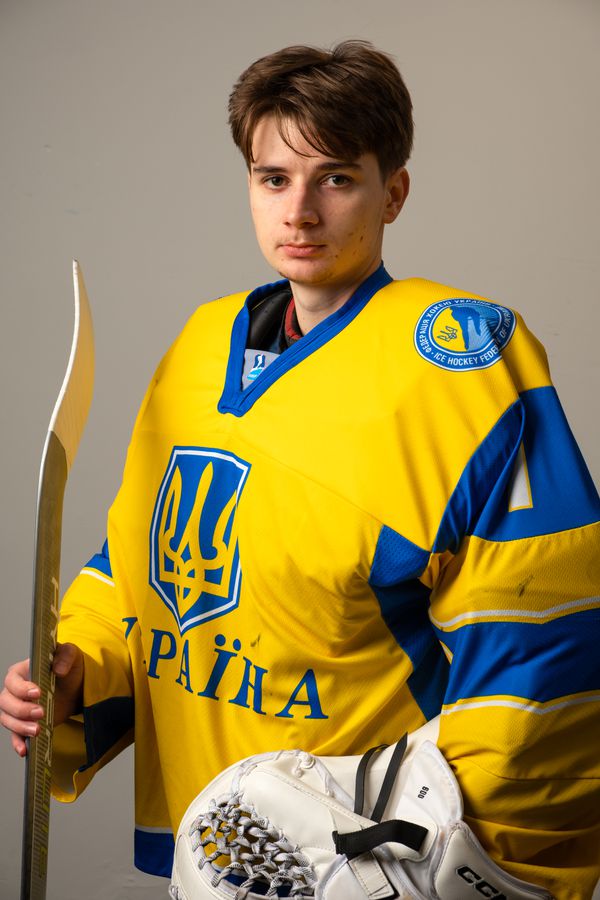 Miller co-ordinates with organizers in Ukraine, who are struggling through blackouts and bank closings, among other disruptions, and often surrounded by their studying children as they work through video calls. Most Ukrainian men aged 18 to 60 are not allowed to leave Ukraine, so the players needed special permission to travel to North America. Some have relatives fighting.

For 20-year-old Dmytro Kubrytskyi, playing in front of fans again will be a welcome experience. Crowds have not been permitted at games in Ukraine.

“The game can be cancelled every time,” said Kubrytskyi, a goalie. “If you have sirens you cannot play. You are sitting and waiting in your dressing room and you think ‘I just want to play hockey.’”

Kubrytskyi arrived in Canada early, and is billeting with a family in Dauphin, Man., training with the Dauphin Kings of the Manitoba Major Junior Hockey League. Unlike the student athletes they will meet in Canada, the Ukrainian players have been studying virtually.

“I think we take a lot of things we have here in Canada for granted, especially here at the university being able to play a sport that we love and get an education,” said Saskatchewan Huskies forward Jared Dmytriw, who will also be on Canada’s team for the University Games. “We try to imagine how their lives have been disrupted. There’s going to be a lot of meaning in the game and having them here.”

Each of the four communities will put a unique touch on their visit, such as Ukrainian choirs and dancers, a traditional Ukrainian Christmas dinner, or outreach to local Ukraine refugee groups. They’ll get ice time at university facilities. The team will be guests at NHL games in Calgary and Winnipeg and the Flames, Jets and Oilers will promote the games and provide funds from their 50/50 draws. Team Ukraine’s game against the Manitoba Bisons will be played on NHL ice at Winnipeg’s Canada Life Centre, and they’ll train at the Jets’ practice facility. 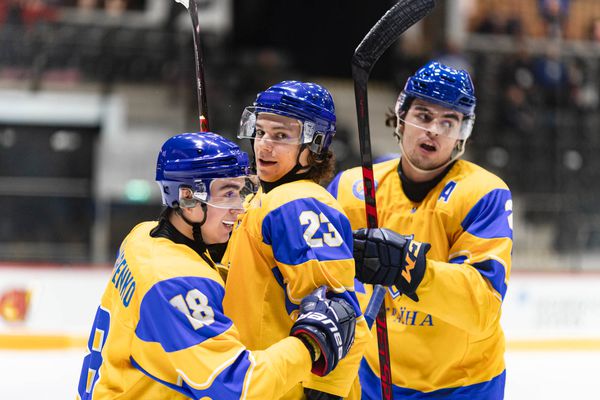 The Ukrainians had qualified for the World University Games, and while hockey was developing nicely there a year ago, the war changed everything.Ice Hockey Federation of Ukraine

“We want to put on a real memorable experience for the Ukrainian team and extend our best hospitality,” Bisons hockey coach Mike Sirant said of the Winnipeg community. “We want to make this a cultural event and an educational experience for all the players. We have the utmost respect for the Ukrainian team, their coach, players and all the Ukrainian people for, you know, the courage and the resiliency of carrying on with their lives under those horrific circumstances.”

The tour is in co-operation with Save Ukrainian Hockey Dream, a charitable foundation operated by the Ice Hockey Federation of Ukraine with the assistance of the IIHF.

“At our foundation, we always say that the war has changed our lives, but it doesn’t change our plans, and when our guys are playing hockey, it’s like a symbol that we are alive, and all Ukrainians are alive,” said Mariia Voitko, the foundation’s chief project officer. “We have our big international hockey family. We know that the world hears Ukraine.”

Dec. 30, 2022, vs. the University of Saskatchewan Huskies at Merlis Belsher Place in Saskatoon.

Jan. 2, 2023, vs. the University of Calgary Dinos at Father David Bauer Olympic Arena in Calgary.

Jan. 3, 2023, vs. the University of Alberta Golden Bears at Clare Drake Arena in Edmonton.

Jan. 9, 2023, vs. the University of Manitoba Bisons at Canada Life Centre in Winnipeg.